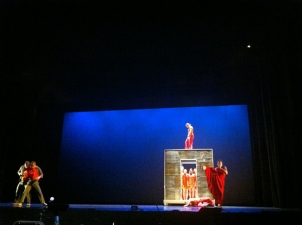 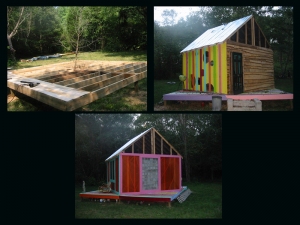 Location: Montpelier, Virginia
Film Set Design and Construction Project. Collaborator and Creative consultant for development of sets to the film “Boys Knife”. “Boys Knife”, an original film written and directed by Reid Dodson was funded by a grant from the Virginia Museum. Designed and constructed full sets for film. 85% of the materials were reclaimed for this construction project and all structural lumber was milled from fallen timbers on location. The cabin structure and the process of constructing it in its physical context served also as the metaphorical theme as to how individuals create and deconstruct their own sexual and gendered identities. The decision to use fallen timbers on location to construct the cabin was done so also on the “Gaia” principle we are all a part of a greater whole and rooted in mother earth. The cyclical process symbolized themes of the film. 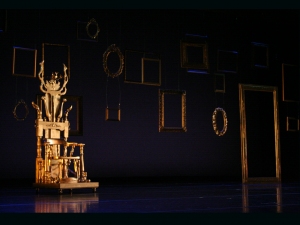 Set Design and Building Project. Collaboration with Choreographer Courtney Harris as her culminating MFA Project in the Department of Dance at The Ohio State University. S(he) Sylph was a feminist queer reconstruction of the 19th century ballet La Sylphide. 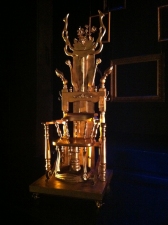 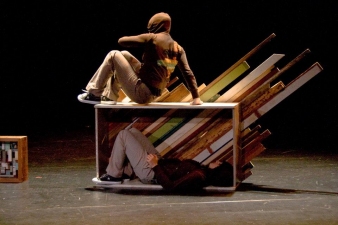 Nicole Bauguss collaborated with choreographer Amanda Byars Wickens in the sum of their parts to draw attention to the ways in which the performing body is viewed on stage. Byars’ movement highlighted the individuals and independent agents in the group making up her five person cast. Using Bauguss’ ornate and numerous set pieces, Byars arranged movement segments to minimize or maximize the opportunity for the performer’s personality to shine through. Identities were also obscured by designer Emily Jeu’s costumes; hooded, long sleeve shirts worked to mask and reveal the performer’s faces and limbs at select moments in the dance.

To View sum of their parts visit: http://www.youtube.com/watch?v=P-W49erK2Lw 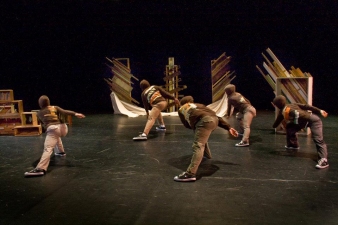 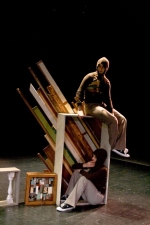